Warriors Use an Unconventional Super-Power to Win Games 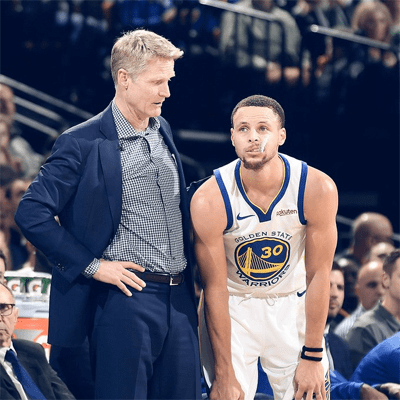 The new Chase Center in San Francisco, built for the Warriors basketball team, includes a “mindfulness room”, which is part of the players locker-room complex known as “the campus.” The mindfulness room was built to help with vision and focus and will allow players to relax and get their minds right ahead of the pre-game time.

Mindfulness is a tool to help people understand, tolerate, and deal with their emotions in healthy ways. Because mindfulness presents an effective method to foster self-awareness, to reduce stress, and to live in the present moment, cultivating mindfulness is a powerful practice in daily life and in situations that create anxiety, like winning basketball games.

The team is led by head coach Steve Kerr, who played for the Chicago Bulls during the Michael Jordan era. He was taught meditation and how to refine the inner game, along with other teammates, by George Mumford, who recently put out the book “The Mindful Athlete: Secrets to Pure Performance.”

Steve Kerr has shaped much of the current culture within the organization using the Mindfulness-Acceptance-Commitment approach to performance enhancement, along with experiences from his own playing career that shaped him.

At the time, Kerr, who has an ample sense of humor, coined the term “Mumfied” to describe the effect Mumford’s work could have on a player. He learned important lessons about the teachings and practices from those days, as according to the San Francisco Chronicle, Kerr has told his players before games to consider:

This is not your conventional formula for athletic coaching and training, but it seems to be working. In his rookie year as an NBA head coach, Kerr led the Warriors in 2015 to their first championship in 30 years. They’ve won a total of three NBA championships under Kerr including the one in 2015.

As part of the campus, the Warriors also have a Kombucha bar with four varieties of the fermented probiotic drink on tap. This is a healthy way to end a meditation or focus session in the mindfulness room. By staying centered on outer and inner practices, let’s hope the Warriors has another winning year for the Bay Area.